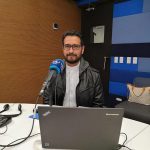 I am Reverend Dr Richard Acosta Rodríguez, Priest of the Diocese of Colombia, Province IX of the Episcopal Church. I have a Bachelor’s, Master’s and Doctoral degree in theology. I am a professor at the university and at the Centre for Theological Studies of the Diocese of Colombia. I am also in charge of the Mission San Benito de Nurse. I have spent the last ten years researching the relationship between Theology-Bible-Environment. I have written several articles and books, some contributing to Eco-theological reflection. One of my articles: http://www.amerindiaenlared.org/contenido/6826/ecoteologia-la-opcion-por-la-tierra-como-lugar-teologico/

I am Colombian and I live in Colombia, South America. It is a country with beautiful landscapes, varied climates, with access to two seas, jungle, plateau, mountains, friendly people; but, at the same time, it is a country deeply immersed in inequality, resulting in poverty, injustice and corruption. Neoliberal governments favour foreign exploitation, environmental damage, the displacement of indigenous people and peasants. The number of people migrating from other countries is massive. We have economic problems, problems of public order, of persecution of social leaders, drug trafficking, violence, insecurity and neglect of the State. Large corporations and industry monopolise wealth and resources, pollute, impoverish, all with the indifference and support of the governments of the day.