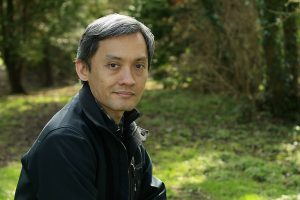 Samuel Chiu was born and raised in Hong Kong, before his family moved to Canada. He is a licensed minister in special ministry with the Christian & Missionary Alliance, Canada, and served in a Chinese church in Toronto before further studies at Regent College, Vancouver. Since 2010, he has been with A Rocha Canada reaching out with the biblical vision of creation care to Asian communities in Canada. Since 2012, he has also had a part-time role with A Rocha International, engaging the Chinese diaspora in East Asia, through speaking, writing and networking. He translated Dave Bookless’ ‘Planetwise’ into traditional Chinese and is passionate about encouraging Asian Christians to speak, write and act on creation care. He lives in Vancouver with his wife, Rebecca.