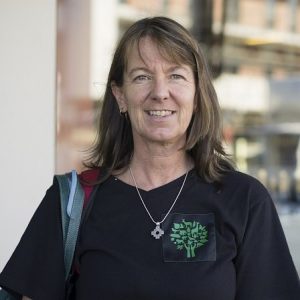 Rev Dr Rachel Mash is the environmental Coordinator of the Anglican Church of Southern Africa. (South Africa, Swaziland- Eswatini, Lesotho, Namibia, Angola, Mozambique). She works with the Green Anglicans youth Movement which is taking off in Africa. She is also the secretary to the Anglican Communion Environmental Network and sits on the steering group of the Season of Creation group.

Southern Africa is one of the areas most affected by Climate Change. We are suffering both from severe drought in parts of the region as well as devastating floods in others.

Cape Town where I live recently suffered the worst three years of drought in 100 years and as day zero drew near, there as the threat that we would become the first major city to run out of water. This year the rains have been better and the situation has improved, but we have gone from rainy winters to drought. This is becoming the new normal.

Sustainable Preaching is a donation based ecumenical cooperation project. Please support the continuation of this website. Thank you!