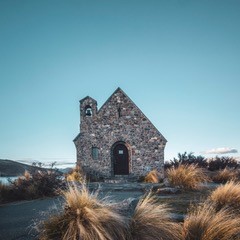 In this well-known ancient story the fantastical is mixed with exquisite detail. Much time has been spent arguing over its “historicity” and the scope of any ancient flood. More importantly this story reveals the importance of every animal in God’s scheme of things. They must all be included, not only the humans who are designated caretakers. The ark has become a deep symbol for the company of all life together on earth, and humanity’s role in protecting it. And the rainbow is a symbol of hope. The flood reminds us that the balance of life on earth is fragile. While water is required by our life, it can also kill. The mocking of Noah’s friends is a prescient warning of the consequences of not heading a warning; and that humans are bad at judging for ourselves the possibility of an unusual risk in the future, a lesson we are learning in this time of pandemic. Also important is the idea of God’s covenant with all life, made with Noah and his family, but also the animals and all life.  The Hebrew word nephesh chayyāh is used for both humans and animals (Gen 9:12), further underscoring our solidarity. We have begun to notice this in an ecological age (helped by Norman Habel and the Earth Bible among others).  A covenant is a two-way agreement. What we do matters. Christians have a tendency to passivism in light of the climate emergency, but covenant should encourage us that we are in an agreement with God, and we have a responsibility to all life on the planet in that agreement.

First of all, the image of the shepherd is one of the closest of bonds between the human and the animal. The psalm introduces God or Lord as shepherd. A shepherd is an interesting metaphor for God. The shepherd was embedded with his sheep. Many of us grew up in countries which farm sheep. But the ancient flock and shepherd were more wild and more remote.  Like many hermits and anchoresses after them, shepherds were solitary, living out with their sheep and bonding with them. A shepherd was always in danger, but a shepherd was always attentive and present and willing to sacrifice themselves for their beloved sheep. The psalm speaks of the Lord keeping us safe even as we walk through the shadow of death.

There is no other name under heaven given among mortals by which we must we saved. This is a complex and controversial statement. It points to the universality of Christ. Although a man in Judaea 2000 years ago, the gospels also testify that he was the logos made flesh and that he was the one in whom all things hang together. There could be no other. In an ecological age we have begun to appreciate the significance of Christ as indwelling all life and matter. But this statement has also been used to bolster a particular kind of theological expression as proof of being a Christian in the western church.  It was sometimes used by Christian missionaries to impose Christianity and western culture on indigenous peoples. It can be understood in another way. Jesus is the incarnation of the logos, closely aligned with Wisdom, the principle or life source of all creation (See Celia Deane-Drummond and Denis Edwards). As Wisdom, God would be accessible to all peoples and all cultures, largely by their close indwelling of nature. As Wisdom, all cultures would know God and their knowledge of Wisdom would point in their own culture toward Christ. Acts can be read as saying two things: that ,if there is salvation it is in Jesus, even if it is not known that way; and that it is possible to reject this stone, to be against Jesus, and that is true whatever we profess, and whichever culture we are in. See indigenous Canadian sermon in resources.

Takes up the theme of the Psalm, that Jesus is the Good Shepherd. It resonates with Jesus as God, as in Psalm 23. But here with trinitarian extensions. The Good Shepherd and the Father (The Father knows me and I know the Father).

Jesus was being subversive –as usual—in claiming to be the Good Shepherd. He was associating himself with God. After all the Jews knew God in part as the Great Shepherd of the Sheep. The Psalmist said that The Lord, or Yahweh was the Good Shepherd.

The Good Shepherd conjures up scenes of idyllic shepherds with pristine sheep, and childhood colouring-in projects. With perhaps just a hint of danger in the background in the face of the wolf. But as mentioned above, the Shepherd invokes images of sacrificial closeness, becoming wild or uncomfortable or in danger to save others. The shepherd becomes other, even a sheep, out of love for the flock.

Although shepherds are contrasted with hirelings, in fact the shepherd was mostly a hired hand, not a high-status person in most agrarian societies. Nevertheless, as is the case in any job, the good shepherds saw their task as vocation, and others went only so far. The imagery points to the ease with which natural scenes fit the purpose of expressing theological truth, but also the reversals in status (God is depicted as Shepherd, and later as lamb) that are the norm in Scripture. 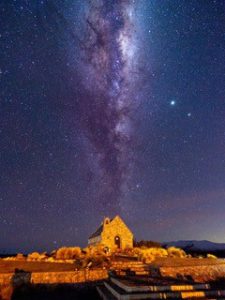 This gospel reflects and mirrors some of the themes from the previous readings. That Jesus is the Good Shepherd, and therefore of course God, but also in relationship with the Father. Themes of salvation from danger, sacrificial love and bonding, are resonant here. The Good Shepherd is a deeply personal image for both Jesus and for God. Salvation is portrayed here not as a payment or debt; but rather as a deep union between the Shepherd and the sheep. This is a union with a shared fate which is also the meaning of covenant.

Interesting also is the hint of other flocks: other flocks who may know Jesus or God in other ways. Human history shows how terribly we are fractured down religious lines, but the yearning of God is for all to be one, not in cleverness or by saying the right words, but by closeness to the Father through the Shepherd. And we who are also in Jesus, will model this love with other people and with the natural world as well.

But what of cultures who do not identify at all with sheep and shepherds. In New Zealand, the missionaries brought sheep very early to a country with no native mammals but bats, not normally a biblical image. In a recent Maori/Indigenous Canadian collaboration, Canadian Bishop Mark Macdonald talked about the idea of a ho’oda’in, a person in Gwich’in culture who would go ahead of the group in a hunt, leading them. And he spoke powerfully of how the idea of other flocks in John is very attractive to indigenous peoples, but that they don’t always understand it as the missionaries intended. They understand that they have always had some connection to the Father through their leaders, also acting as Good Shepherds in the past.

Similarly, with Wisdom, as mentioned above. Indigenous peoples can teach us that the Wisdom or Logos from which Jesus was incarnate proffers some degree of universal access to the Father. As we grow more sensitive to the ecology and the wildness of nature we too can sense God’s Spirit and logos in the natural world.

If the readings expand us beyond our culture, they do so also beyond our own story. This Sunday is two days after Earth Day. It is interesting that from the early middle ages the cross was placed at the heart of churches which depicted the known cosmos, together with images of the Good Shepherd. This is true most famously of the Galla Placida (link below).  What we might offer the world on Earth Day is the saving image of the Good Shepherd linked to the story of an evolving creation as logos or Wisdom, and known from the beginning of our species in the Good Shepherd and equivalent leaders who would represent the Father to their people.

Re-contextualising: For a new image of shepherd in a remote Canadian indigenous culture.

Astoundingly, this was the 5th century, back when they knew almost nothing! The edge of the great explosion of Church architecture which continued throughout the middle ages, in which among other things the suffering heart of Jesus was placed in buildings that reflected the mathematical laws of the cosmos.

God of love, show us our place in this world
as channels of your love
for all the creatures of this earth,
for not one of them is forgotten in your sight.
Enlighten those who possess power and money
that they may avoid the sin of indifference,
that they may love the common good, advance the weak,
and care for this world in which we live.
The poor and the earth are crying out.
O Lord, seize us with your power and light,
help us to protect all life,
to prepare for a better future,
for the coming of your Kingdom
of justice, peace, love and beauty.
Praise be to you!
Amen.